Linda has been teaching all of her life. Her degree is in music education, and she taught piano for many years as well as working in elementary and middle school classrooms. Later, she moved into the arena of online teaching, and her first job was teaching English in Japan via the Internet for three years.

Becoming more excited about the possibility of teaching her first love - music - online, she founded Dulcimer Crossing, and Steve soon partnered with her with the vision of bringing these detailed lessons to dulcimer players right in their own homes. 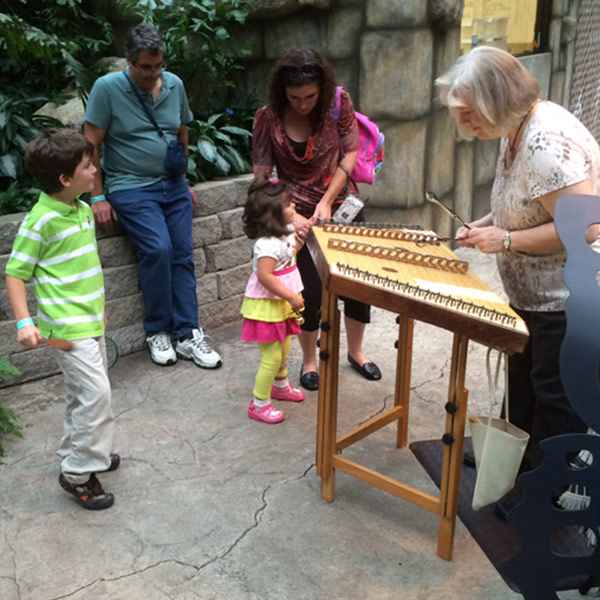 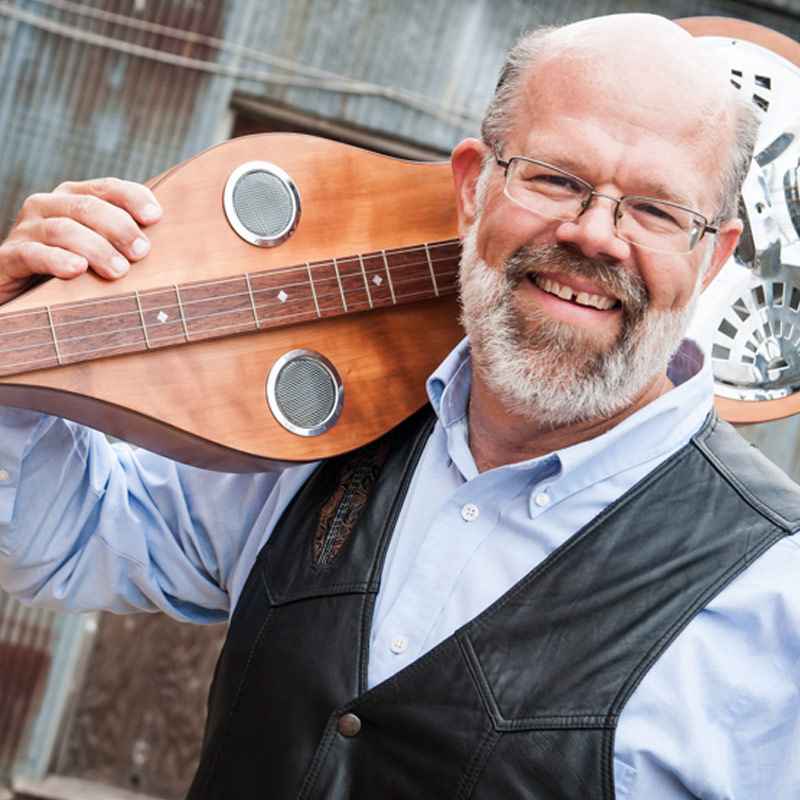 Steve Eulberg earned a Master of Music Education degree from Boston University. Steve teaches dulcimers in his studio in San Mateo, CA, and is in demand at festivals, weekend and week-long dulcimer workshops across the USA.

For the past 40+ years Steve has been weaving old-timey music with blues and contemporary tunes adding original songs into a tapestry of “smile-inducing, toe-tapping folkgrass” that captivates and energizes audiences of all ages. His music has been featured on United Airlines’ Inflight Audio, PBS’s Roadtrip Nation and National Public Radio. An active touring musician, film and theater composer, he has had several songs in the Top 10 Independent Country Chart reported by The Music Review.

Steve has prepared a video for you, telling a bit more about himself.

Erin is the youngest person to win the Mountain Dulcimer Contest - being only 17 in 2004 when she won. She is part of Scenic Roots, a duo with her sister, Amber, and has been a favorite teacher at the Colorado Dulcimer Festival for 3 different years.

Erin teaches an excellent lesson on the technique of flatpicking for mountain dulcimer players, Angeline the Baker, and St. Anne's Reel. In addition, she has contributed several lessons on the chromatic mountain dulcimer. 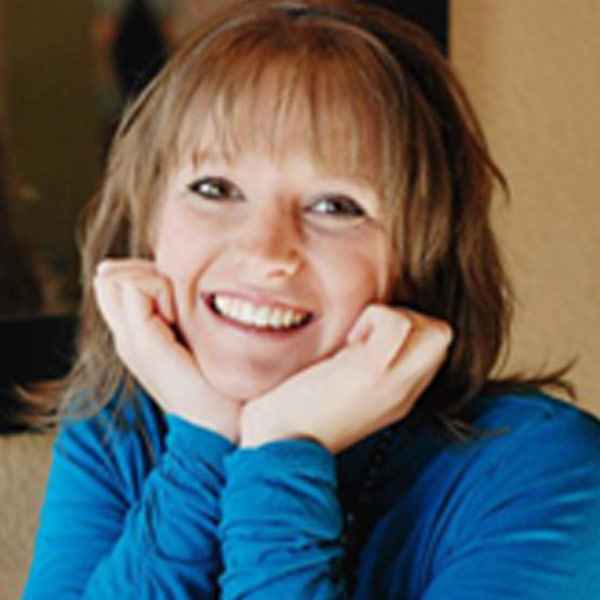 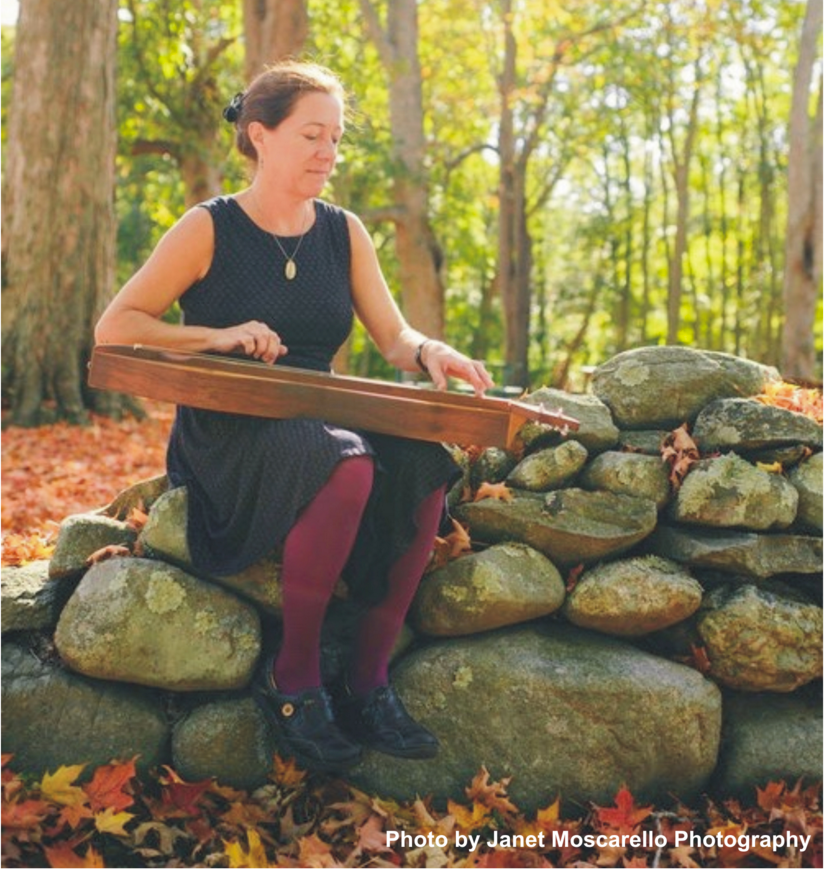 Aubrey is an award-winning vocalist. Aubrey started playing music at the age of five when she tapped out "Here We Go 'Round the Mulberry Bush" on the piano. Her only formal musical training was the seven years of classical piano lessons that followed. Near the end of high school, she started to play the guitar and sing popular folk songs of the '60s and '70s. At Brown University, she studied psychology, history, and French, and played often in coffeehouses and campus rallies.

After Aubrey met her husband. Elwood Donnelly, at the Stone Soup Coffeehouse in Providence, her career developed dramatically. They formed a duo, Atwater~Donnelly, in the fall of 1987, which quickly gained regional and then national popularity. Atwater~Donnelly specializes in American and Celtic traditional folk music and dance as well as original material. Since 1987 Aubrey has learned to play the Irish tin whistle, Appalachian mountain dulcimer, old-time banjo, mandolin, a variety of small percussion instruments as well as Appalachian clogging (step-dancing). The duo performs widely in the United States in coffeehouses and concert series, festivals, radio stations, television, colleges, libraries, and other events and their recordings receive international air play.

Watch this introductory video by Aubrey, as she tells the story of how her teaching method evolved. Use this link to contact Aubrey directly.

Bill is a 3rd generation hammered dulcimer player living in St. Charles, IL. Known for his upbeat playing style, and unique dulcimer traditions handed down from generation to generation.

Bill is a master of the instrument, and has won many awards, as well as being inducted into the Fox Valley Arts Hall of Fame, honoring those who have achieved national and international recognition for their achievement in the arts.

To see a complete list of Robinson's awards, click here. While you're there, watch this amazing documentary about Bill's hammered dulcimer music. And be sure to see Bill demonstrate "Festival Rag" and tell about his background as a third generation dulcimer player. 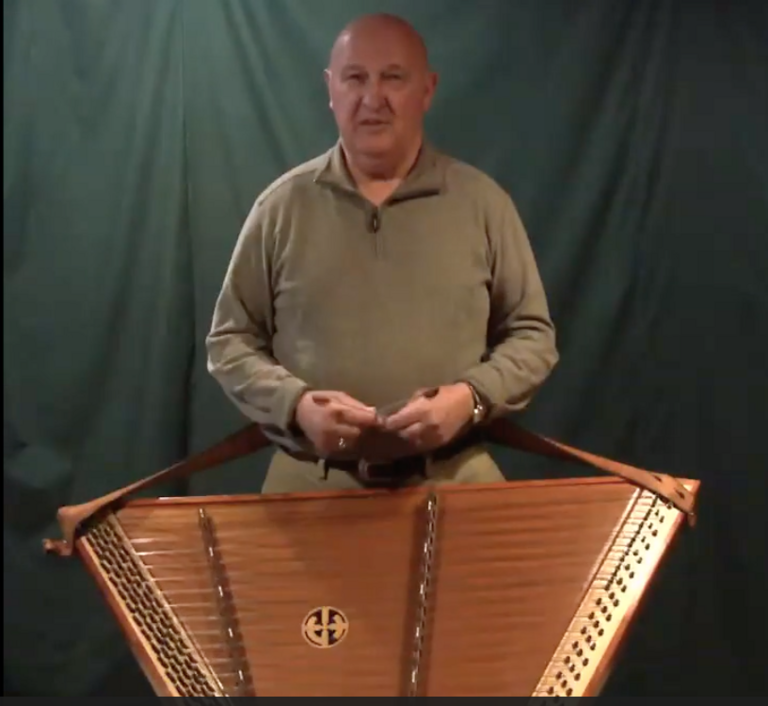 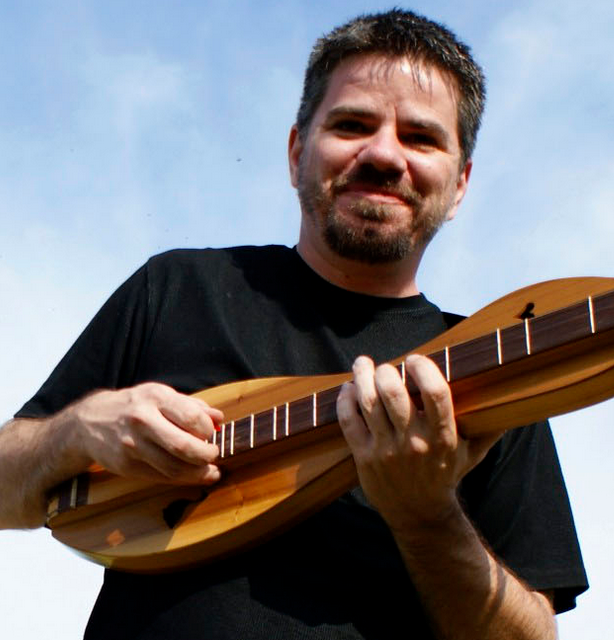 Butch transforms the lowly mountain dulcimer into a virtuoso's instrument, drawing from it unexpected power and expressiveness. He mixes old country and Appalachian songs with his own wordy, literate, poetic ballads about people, places, and situations you might read about in a good book of short stories. He has a strong clear voice and a stage presence of boyish charm." (Minstrel Coffeehouse)

"Butch Ross is a rockstar. He plays the mountain dulcimer and in case you're thinking "Rockstar? Mountain Dulcimer? Doesn't compute," let me fill you in on a little something. Butch Ross does something that no one else can touch. What he does is amazing. His genius is in the fact that he found something unique to him and he just worked it to a point where no one can come close to matching it. He's seriously brilliant." (Hayley Graham)

Deborah (DJ to her friends) is a performer, songwriter, teacher, recording artist, choral director, and community music organizer. She teaches mountain dulcimer classes at Berkeley’s Freight & Salvage Coffeehouse; directs the singing group Women & Song; and teaches private voice, mountain dulcimer, and songwriting. Deborah founded the Berkeley Dulcimer Gathering at The Freight in 2013 and, with Steve Eulberg, co-founded the Berkeley Dulcimer Orchestra in 2014. Musically versatile, she performs as both a jazz vocalist as well as a traditionally-influenced songsmith on her dulcimer.

Deborah’s current musical project is 1 in 8, songs & stories inspired by successful breast cancer treatment. It is a theatrical piece with collaborator and guitarist Mimi Fox, recorded in 2017. Previous recordings include Snapshots, also recorded with Mimi Fox, and The Green Man recorded by The DulciMates, her vocal & dulcimer duo with husband, Buffalo. Deborah is the founder and Executive Director of the Berkeley Dulcimer Gathering held annually at The Freight. In her spare time, and when the cat allows, she knits. http://djhamouris.com/ 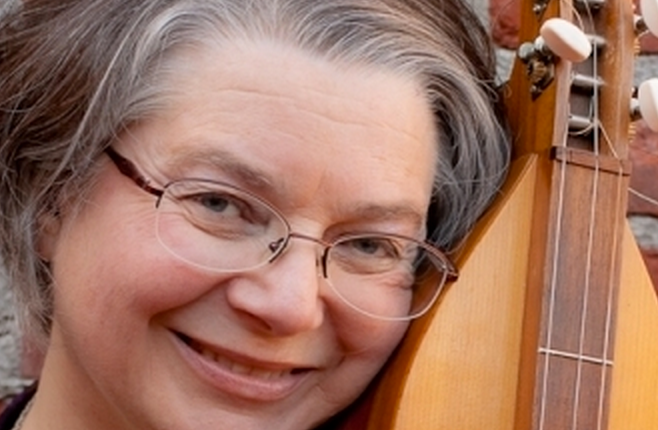 Don was born into a musical family in Chelsea Massachusetts. On weekends, his grandfather, who died before Don was born, would close his barber shop for business, and open his home in the back as a gathering place for family and friends to share homemade food, fellowship and live music. Don's grandfather played guitar, mandolin and banjo. Don's uncle Frank made his living singing and playing music. Another gifted singer is Don's dad. He'll burst into song at the drop of a hat.

Don first laid eyes on a dulcimer being played by Richard Farina at a live performance by Mimi and Richard Farina in 1964, at the old corn Coffee House in Boston. Don was convinced that someday he would get himself a dulcimer and play it. And he did! At Fiddler's Grove, he won with such consistency, that in 1980 Don was declared "Master Dulcimer Player" and removed from future competition. Watch Don's video as he tells us a little more about himself. You can contact Don by email at donpedi@dulcimercrossing.com.

Karen won the 1986 International Autoharp Championship and was a National Mountain Dulcimer finalist in 1985, both times at the Walnut Valley Festival in Winfield, Kansas. In 2006 she was inducted into the Autoharp Hall of Fame. Karen is a 2012-13 recipient of a prestigious McKnight Artist Fellowship for Performing Musicians. She is an accomplished multi-instrumentalist; besides autoharp and dulcimer, she plays guitar, mandolin, Irish bouzouki and ukulele. In 2000, the Minnesota Bluegrass and Old-Time Music Association awarded Karen its “Recognition of Excellence.” She has also been an official showcase artist at the North American Folk Alliance Conference.

While touring extensively as a soloist, Karen also performs in numerous ensembles, including with Katie McMahon, original lead singer of Riverdance. She gives private lessons in the Twin Cities to around 50 students of all ages and levels at the Homestead Pickin’ Parlor and a studio in north Minneapolis. 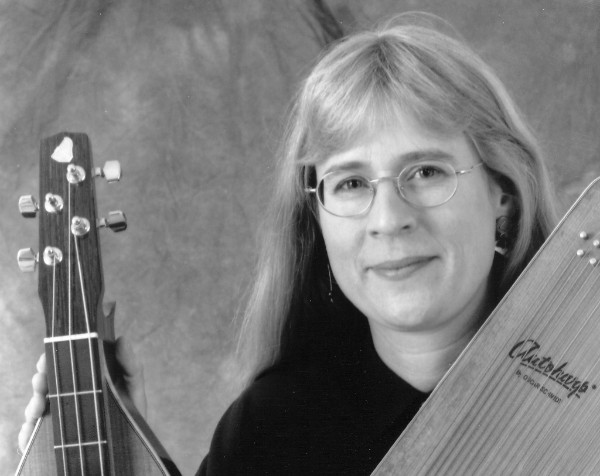 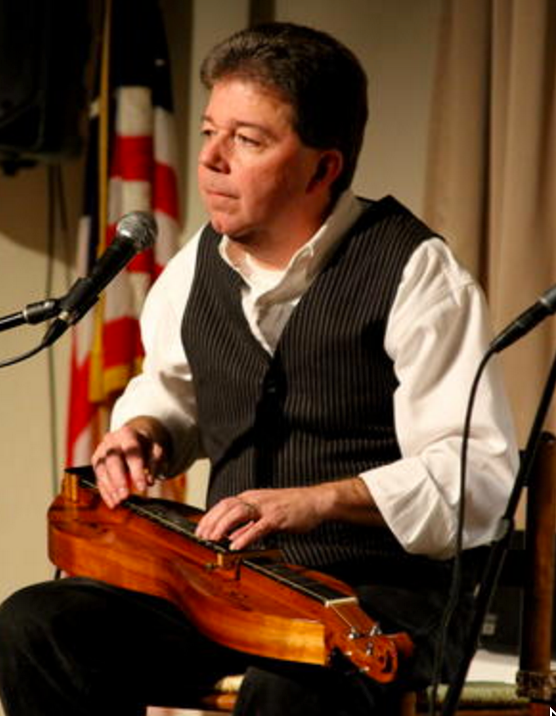 Larry is a graduate of The University of Mississippi (Ole Miss), Larry has been involved with music as a vocation for over 35 years. Besides being a popular performer and instructor at various dulcimer festivals around the country, Larry has also served as a Church Music Director for several Baptist churches. He has also been involved with the Tennesse Arts Commission's Arts in Education program and the Kentucky Arts Council's Teacher Incentive Program, presenting dulcimer programs in the public schools. 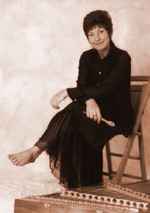 Linda's musical career began at age seven when she started playing piano. She eventually earned a degree in music education at Southwest Missouri State University and has taught music at the elementary school level for 35 years.

Linda became intrigued by the hammered dulcimer after hearing it played in live performance at the Walnut Valley Festival in the 1980's. "My formal training consisted of maybe five lessons to learn the tuning and set-up of the dulcimer; however, I consider myself pretty much a self-taught player." She quickly mastered the instrument and has become well known both in the US and in Europe as a performer, recording artist and instructor.

Matthew, known as "The Dulcimer Guy," developed a keen interest in the hammered dulcimer in his early teens after learning a variety of other instruments, including guitar and penny whistle. Celtic music led him to discover the unique and pleasant sound of the Hammered Dulcimer.

His first dulcimer was one he built from scratch and, after teaching himself to play, he quickly became an accomplished artist with the talent and skill necessary to win the Mideast Regional Hammered Dulcimer Competition in 2012. Shortly after this achievement, he entered and won the National Hammered Dulcimer Championship at the Walnut Valley Festival in Winfield, Kansas. 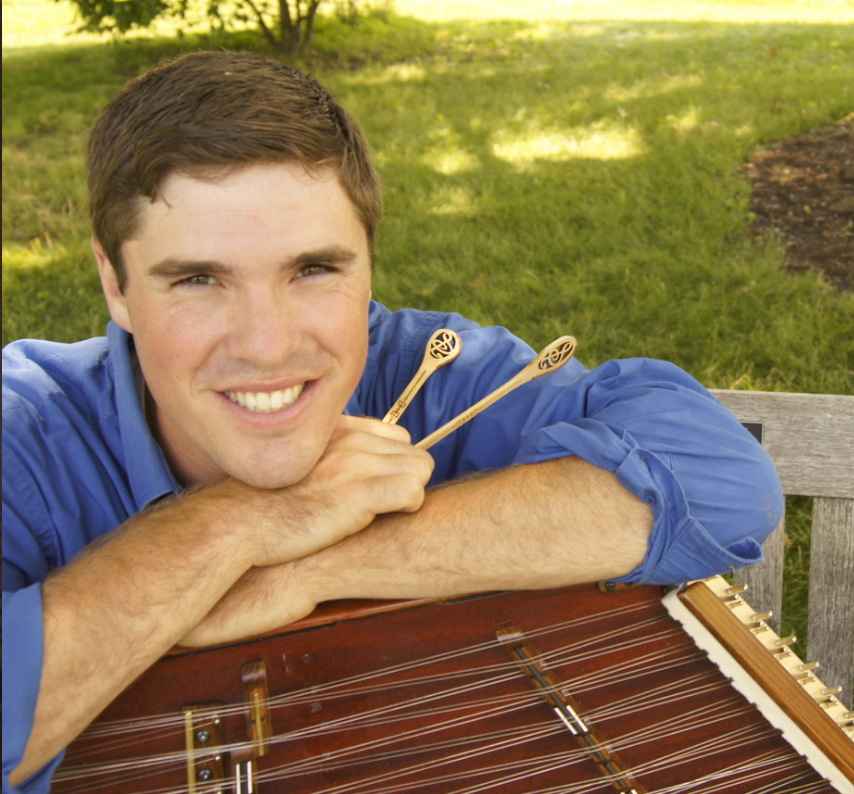 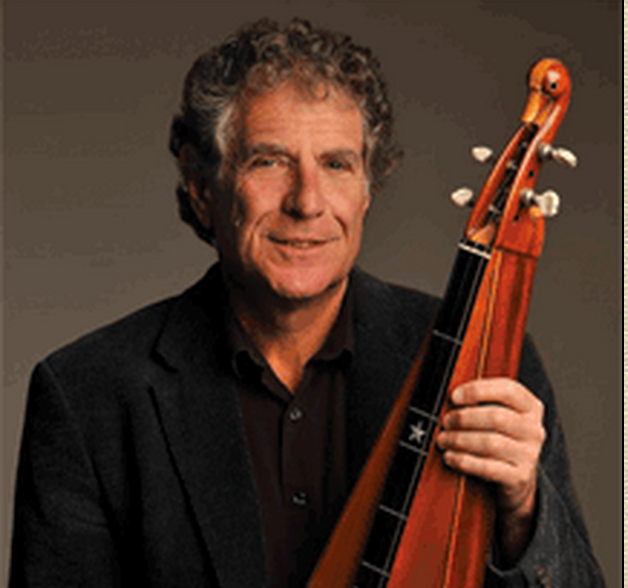 Neal is a nationally acclaimed performer and teacher of the mountain dulcimer, and has been active in performing, writing, teaching, and recording acoustic music for the past 30 years.

As founder, director and one of the primary artists of the Gourd Music record label, Neal has produced over forty albums, including Simple Gifts, The Fairie Round, Tender Shepher, The World Turned Upside Down and Jefferson’s Fiddle, creating a uniquely distinctive sound, featuring a variety of acoustic instrumental ensembles, rich in texture and tonal color.

Nina is the 2008 National Mountain Dulcimer Champion.  She comes to the mountain dulcimer from a diverse musical background, including choral music, violin, viola, piano, and shape note singing.  She plays regularly at churches, historic sites, and community events and has taught workshops at dulcimer festivals throughout the country, including Western Carolina University, Arkansas Dulcimer Jamboree, Dulcimerville, Colorado Dulcimer Festival and Kentucky Music Week.

Nina is especially fond of the “softer side of dulcimer” and has produced two books of gentle, finger-style solo arrangements for mountain dulcimer, as well as three books of duet arrangements with Beth Lassi.   She is featured on "Masters of the Mountain Dulcimer Play Music for Christmas" (CD) and has also recorded a CD of solos and duets with Bill Collins. In  June, 2011, she released her first solo CD, “Beside Still Waters.” 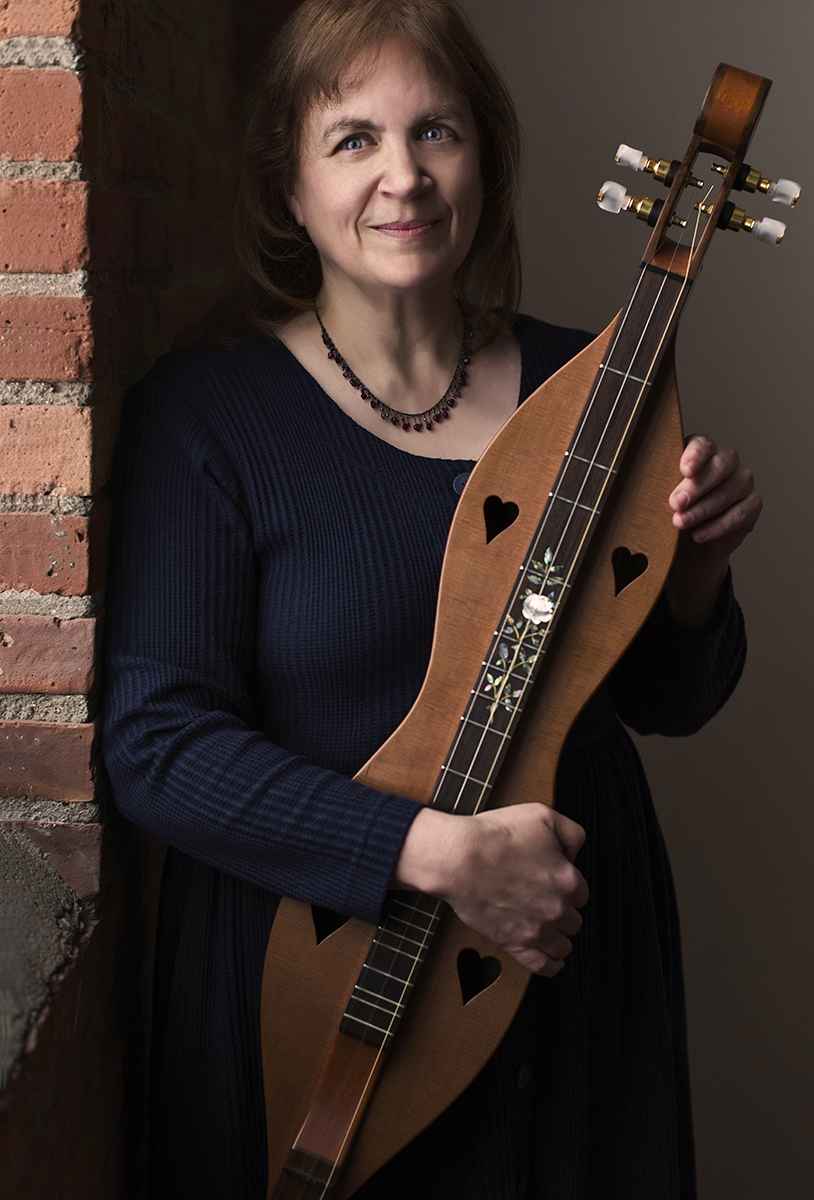 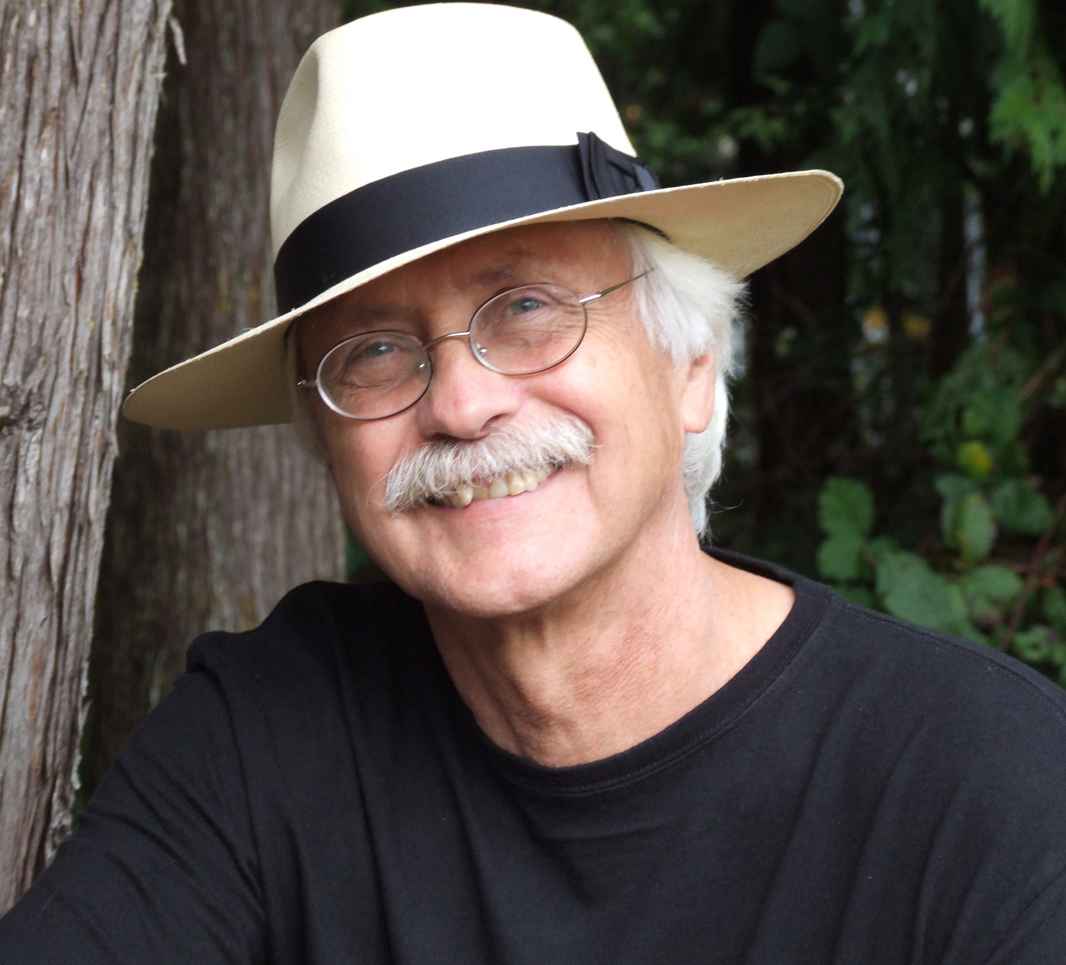 Vi is a 3rd generation fiddler from Colorado. He has finished in the finals at the Grand Master Fiddling Championship and has also taught there. Together with Steve Eulberg, he is the other half of the band, Fiddle Whamdiddle. He is also host & owner of mytalentforge.com which features in-depth fiddle lessons, guitar (and some dulcimer lessons by Steve.) 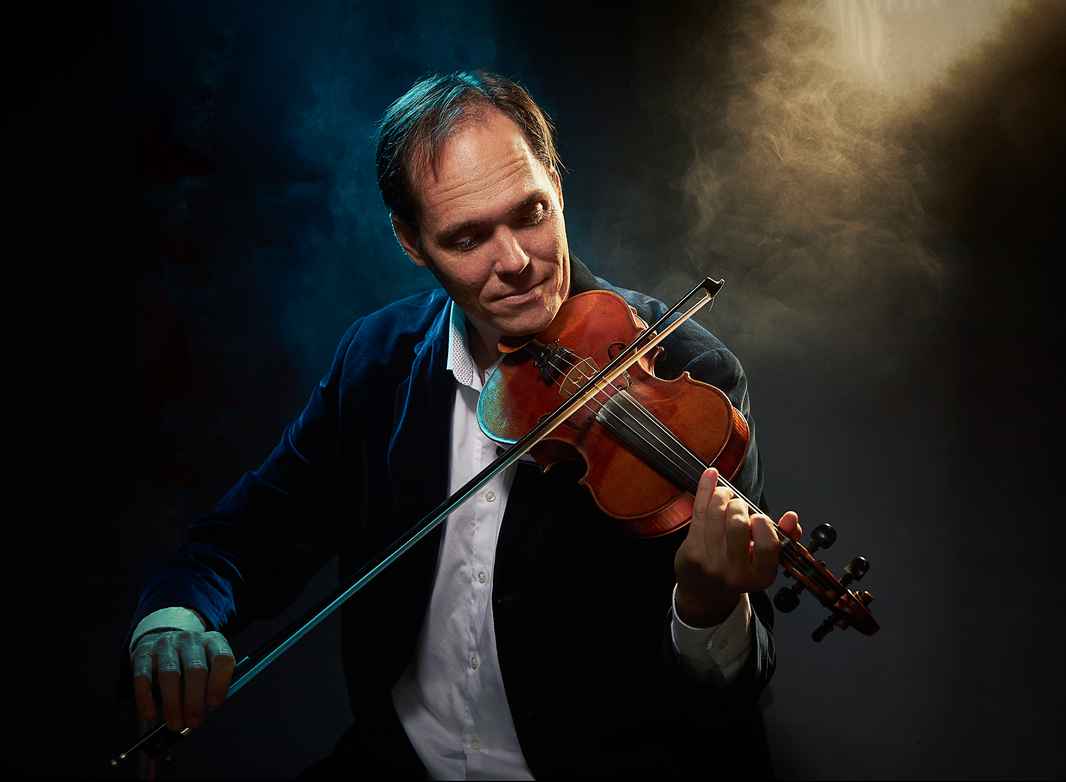